One tree I visit regularly in Eliza Howell Park is a tulip tree. Perhaps I should say the tulip tree, since I am aware of only one in the park. I described the tree in my post on June 2, 2018 (“Getting to Know the Tulip Tree”).

During the last month, the tulip tree has been a primary focus of my observations on opening tree buds.

On March 26, 2019, the tulip buds still appeared dormant, with the same look that they had had all winter. 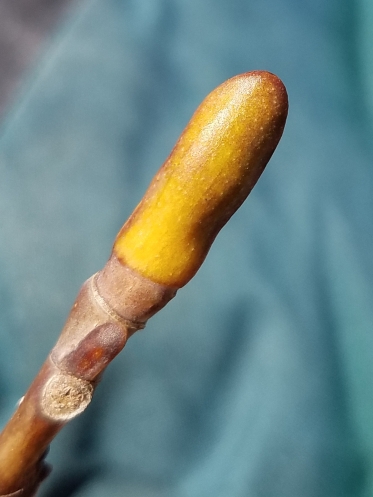 In early April, the changes began. Note the progression in the next pictures. 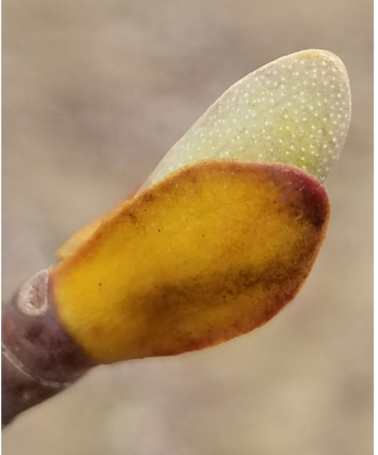 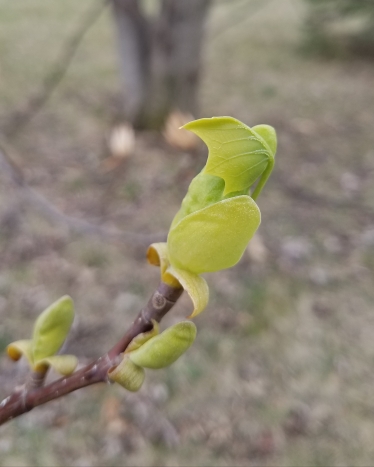 The “tulip” shape of the new leaves is now apparent.

I expect to be there, watching and enjoying.