The recent late February thaw and rains re-filled the shallow pond that I have come to know as “The American Toad Breeding Pond.” This temporary pond exists each year from late Winter or early Spring until the summer. It is a pond for only about 4 – 5 months, but a lot happens in the months that are beginning now.

The pond is found in the grassy area within the road loop and borders (sometimes overflows) the walking path. This picture is from this week. 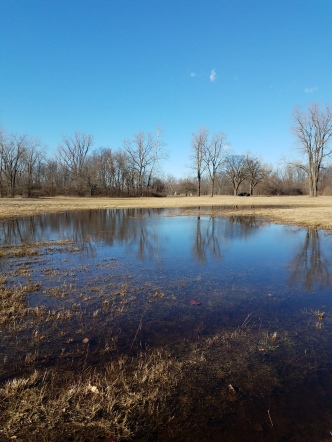 When pond appears each year about this time, I modify my wanderings to make sure that I take a careful look at it each time I am in the park. I don’t want to miss the life it attracts.

For most of the year, adult American Toads are solitary, mostly nocturnal, and rarely seen. When they are found, they are typically on land, not in water. 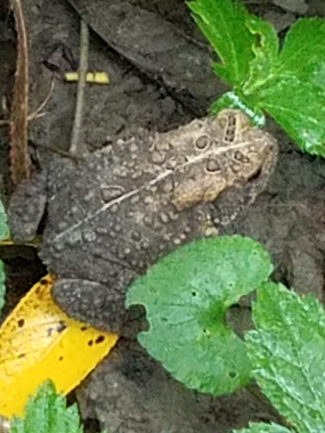 Sometime in April, the exact time probably determined by temperature and rain, breeding adults head to the pond. Then, throughout the day, the males sound forth with their loud trilling mating calls, announcing themselves to the females. 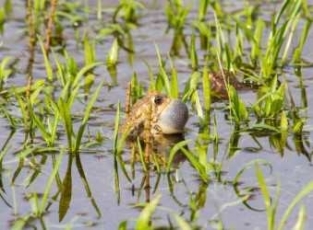 Dozens, perhaps hundreds, of males and females converge on the pond and engage in what appears to me to be a mating frenzy. The phenomenon is short-lived; in a couple of days, the adults depart and the pond is quiet again. A few days later the eggs begin to hatch and the tadpoles quietly develop over the next several weeks. 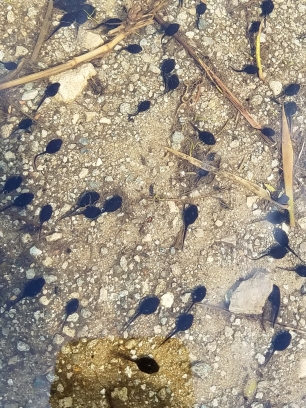 Killdeer and a few other “shorebirds,” like Solitary Sandpiper, can occasionally be found at the edges of the pond and dabbling ducks, especially Mallards, frequently forage in the water.

A couple years ago this pond was, over a period of days, the hangout of an odd couple – a male Wood Duck and a female Mallard. They were constantly together and may very well have produced hybrid ducklings after they moved on. 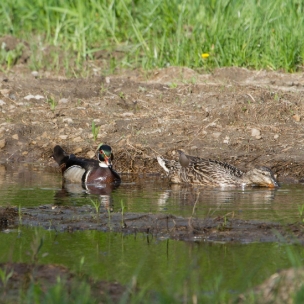 These are some of my memories when the pond fills again. And I look forward to what I might witness at the grassland pond in 2018.