On an off-path walk on a recent February day, when the fields in Eliza Howell Park were temporarily snow free, I noted a few pale green plants in the mostly brown cover. Common Mullein looks ready to get an early start on the second year of its two-year life cycle. 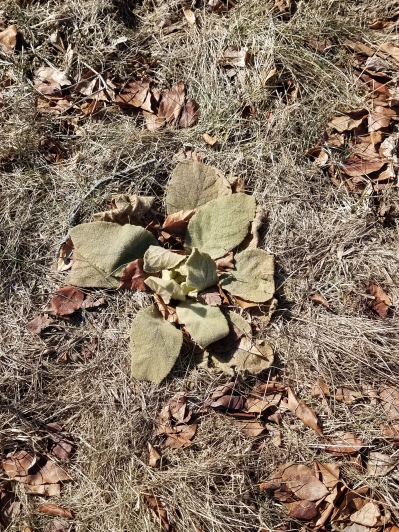 Its readiness is more evident in a close-up picture. 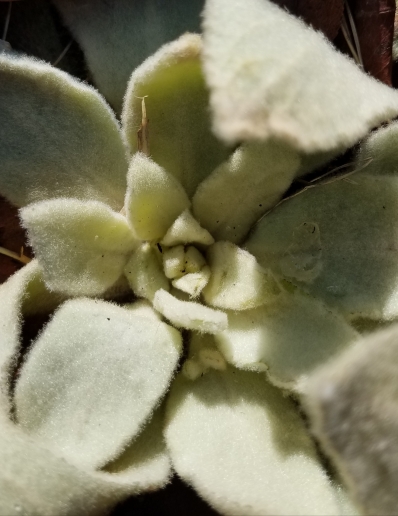 Most flowers are either perennials (plants that live at least three years, dying back at the end of each season and growing again each spring from the rootstock) or annuals (plants that complete the life cycle from germination to seed in one year).

Far fewer flowers are biennials (growing roots and leaves in the first year and then producing the flowers and seeds in the second year before dying).

Common Mullein is an excellent example of how a biennial develops. By July of the second year, the plants are in bloom. 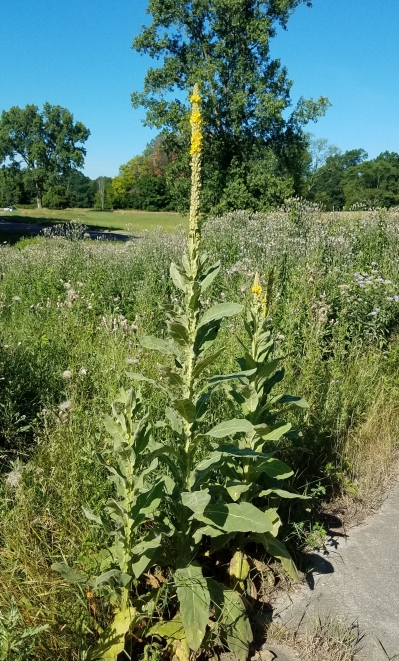 Seeing the mullein rosette (the term often used for a somewhat circular arrangement of leaves near the soil) at this time of year is a definite reminder of what is to come. 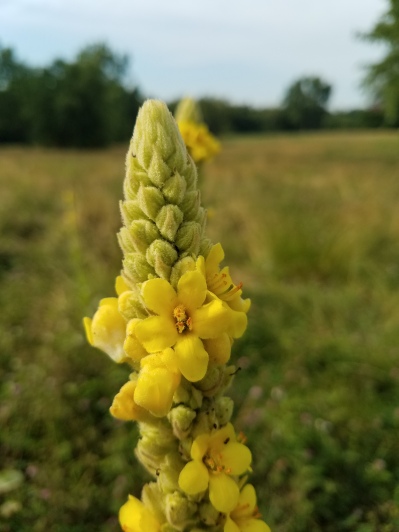 The flower stem (usually just one per plant) bolts up from the base, often reaching a height of 5 feet or more. Mullein is found widely dispersed in the sunny areas of the park and flowers, unevenly, over many days. I tend to stop repeatedly to look and sometimes to feel. The soft velvety leaves, sometimes called “rabbit’s ears,” have interested me since I was a child.

Others are attracted too. Here a mullein bloom is visited by a pollen-seeking Flower Fly (sometimes called a Hover Fly), if I am identifying it correctly. 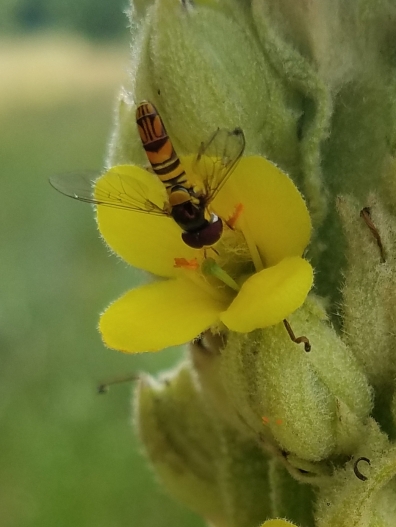 While Common Mullein has historically been used for a wide variety of medicinal purposes, both in the “Old World” and in the “New World,” I find it of special interest because of it is such a clear and easily found example of the life of a flowering biennial.

The picture at the top is of the beginning of the second year. This is what it looks like at the end of year one, before enduring a long winter. 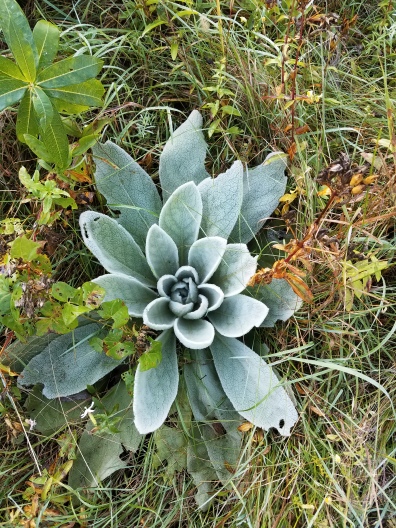 I don’t know why biennials fascinate me, but I do know that Common Mullein is a favorite among the biennials I know.