I usually see hummingbird moths — though not many of them — in late July and early August when I am frequently in the blooming wildflowers in Eliza Howell Park. They are referred to as “hummingbird moths” because of their behavior: they hover as they sip nectar, are able to fly in different directions, including backwards, beating their wings very fast — all hummingbird traits.

The moth in this photo is a Hummingbird Clearwing, the more common of the two hummingbird moths that can be seen occasionally in Eliza Howell. 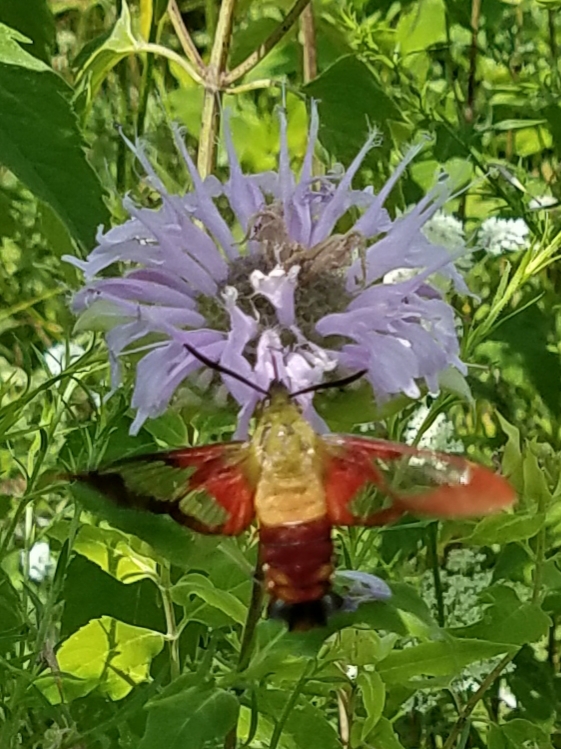 These are daytime-flying pollinating moths that can zip from flower to flower as hummingbirds do, using the proboscis to get the nectar.

They are larger than bumblebees, large enough that they might, at first glance,  be thought to be hummingbirds. When I first encountered one years ago in a flower garden, I had never heard of them. My “what’s that?” reaction is the same one I hear now from those who accompany me on walks at this time of the year. 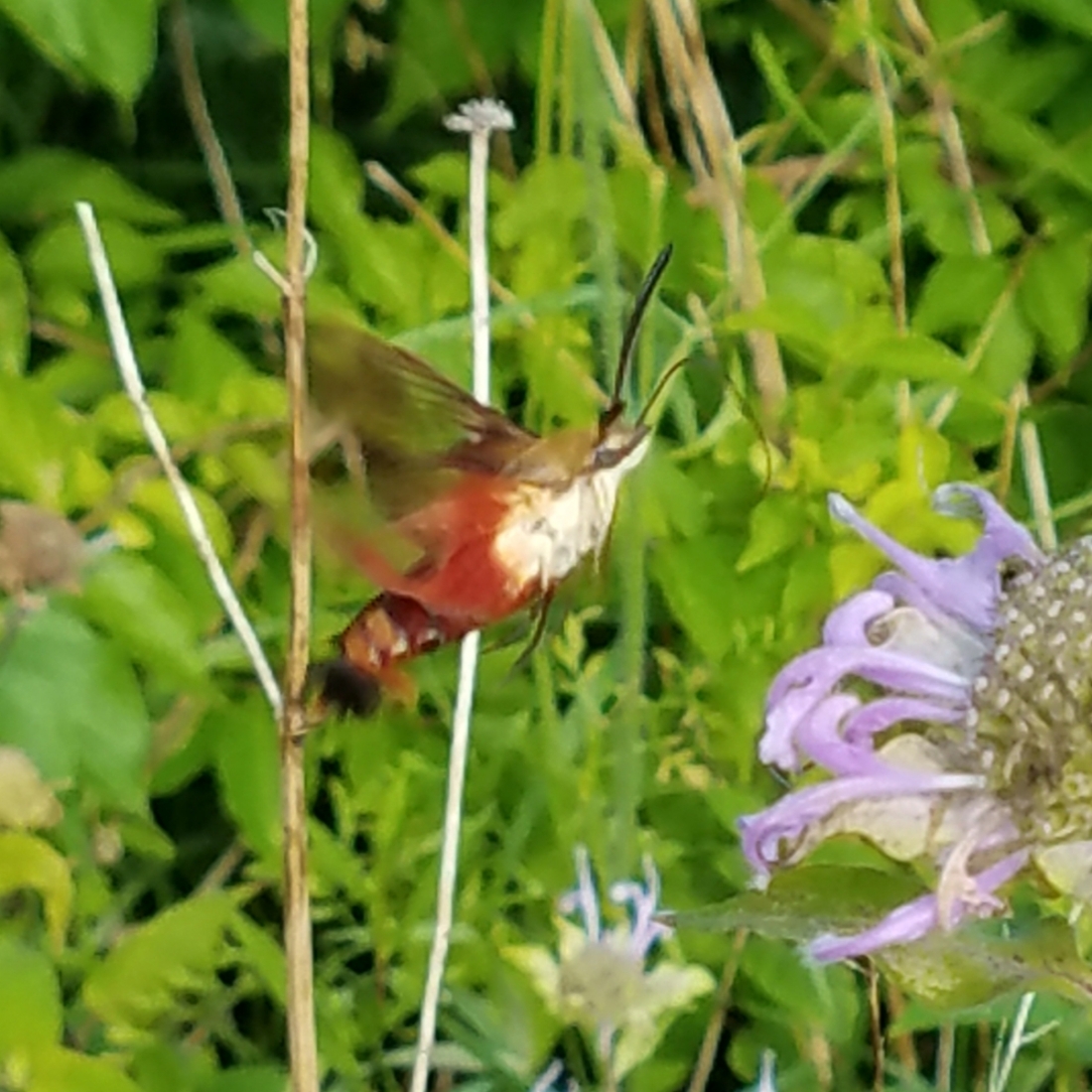 The Hummingbird Clearwing is the only one with “hummingbird” in its name, but there are others that are similar in behavior. One of the others sometimes in EHP is Snowberry Clearwing.

Snowberry Clearwing Moth looks like a bumblebee and acts like a hummingbird. I don’t see it very often even in the peak of hummingbird moth season.

The differences between the two are evident when seen side by side, as below. In the field, of course, they are not seen together and usually seen only fleetingly as they hover briefly.

In reviewing all the pictures I have of hummingbird moths, I made two observations.

One is that I do not have many pictures. They are very difficult to capture in a photo, primarily because they do not perch.

The second observation is that every photo I do have is of the moth at a Wild Bergamot bloom. It is obviously a favorite nectoring flower. 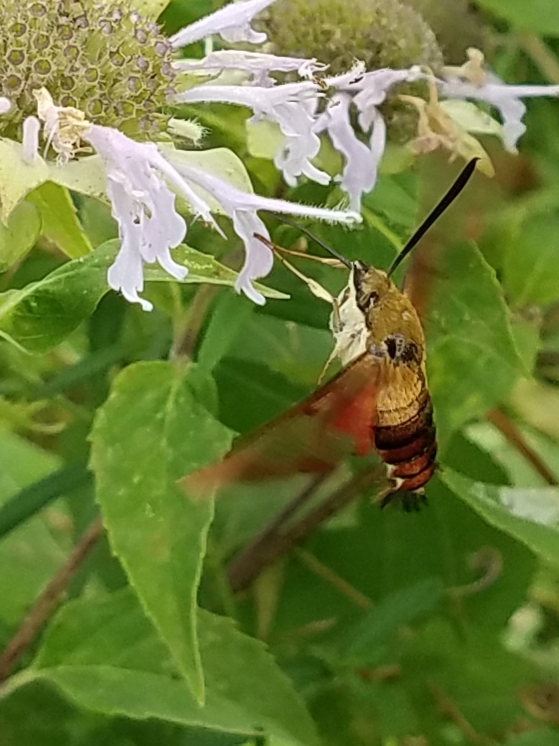 Looking for hummingbird moths leads me to hang out by bergamot these hot summer days. I do not care for the heat, but these insects are fascinating.

2 thoughts on “Hummingbird Moth: “What’s That?””