Ruby-throated Hummingbirds recently returned to Eliza Howell Park for the breeding season. They regularly arrive in the first half of May; my first sighting has been between May 4 and May 15 in each of the last 10 years. This year it was May 12.

(I again thank Margaret Weber for the photos.)

For about next three months, I can expect to see a male perching on a tree out in the open, proclaiming and protecting its territory, seeking females for mates and looking for other males to warn away. I count on seeing a male perched on the same tree every day, just as I count on the regular May arrival.

There are some 12 – 15 species of hummingbirds that breed in the U.S., but the Ruby-throated is the only that is  normally found east of the Great Plains. The range map (from the Cornell Lab of Ornithology) shows how widespread it is in the east and shows, as well, how far these tiny birds migrate twice a year, many of them flying over the Gulf of Mexico. 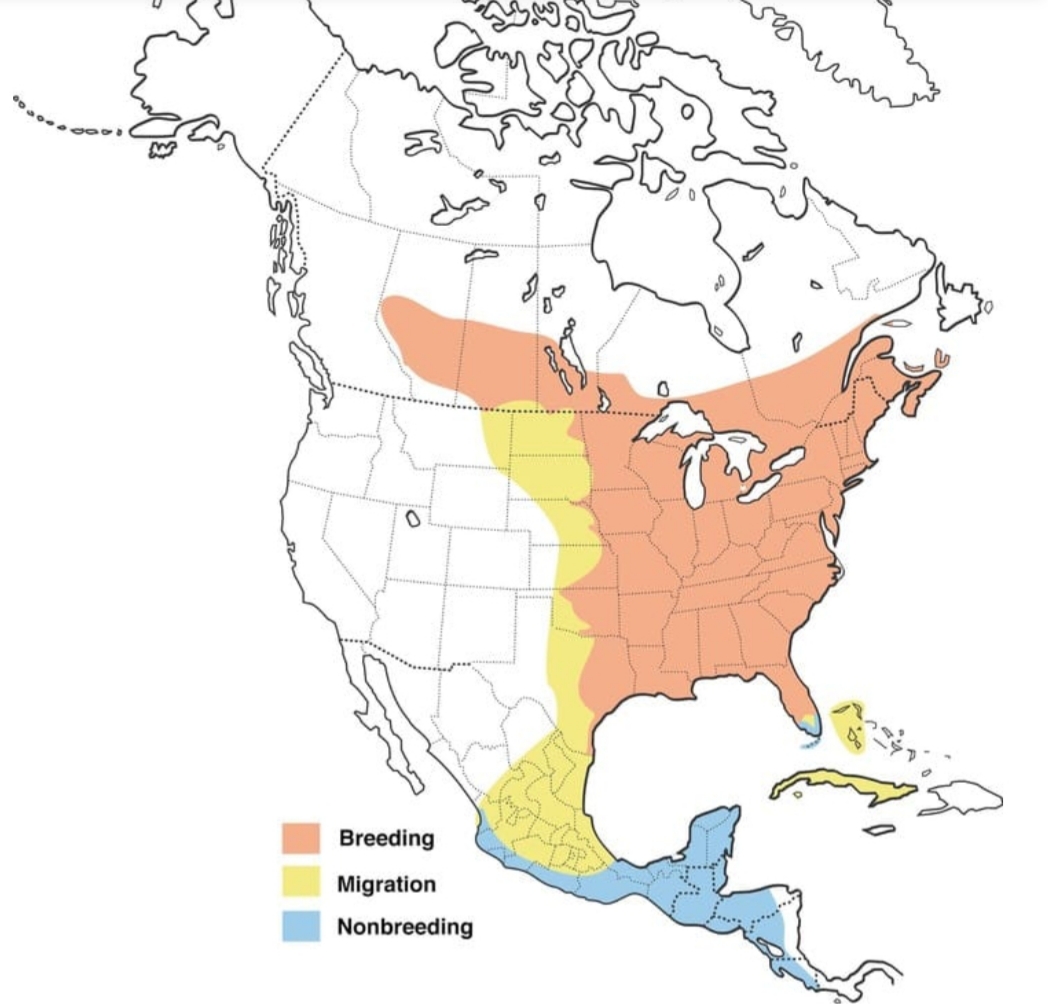 The female is on her own after mating.  She makes the nest, incubates the eggs, and cares for the young, all by herself. And she is called “ruby-throated,”  even though her throat is not at all red.

The nest is a very small cup, less than 2 inches wide on the inside, placed on the top of a limb. A few years ago I found this hummingbird nest in Eliza Howell. 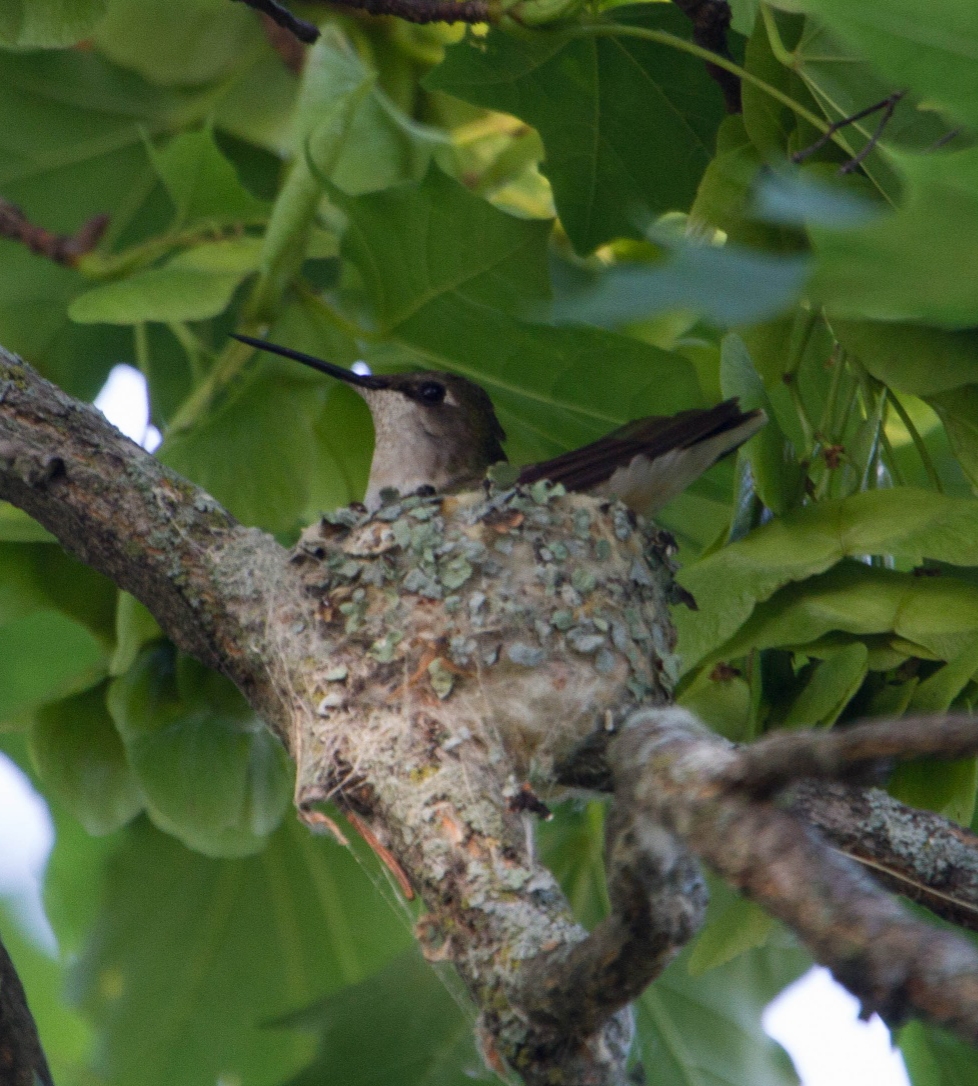 Hummingbirds are the only birds that can hover and fly backwards. They beat their wings over 50 times a second!

We often see them sipping up nectar from flowers. 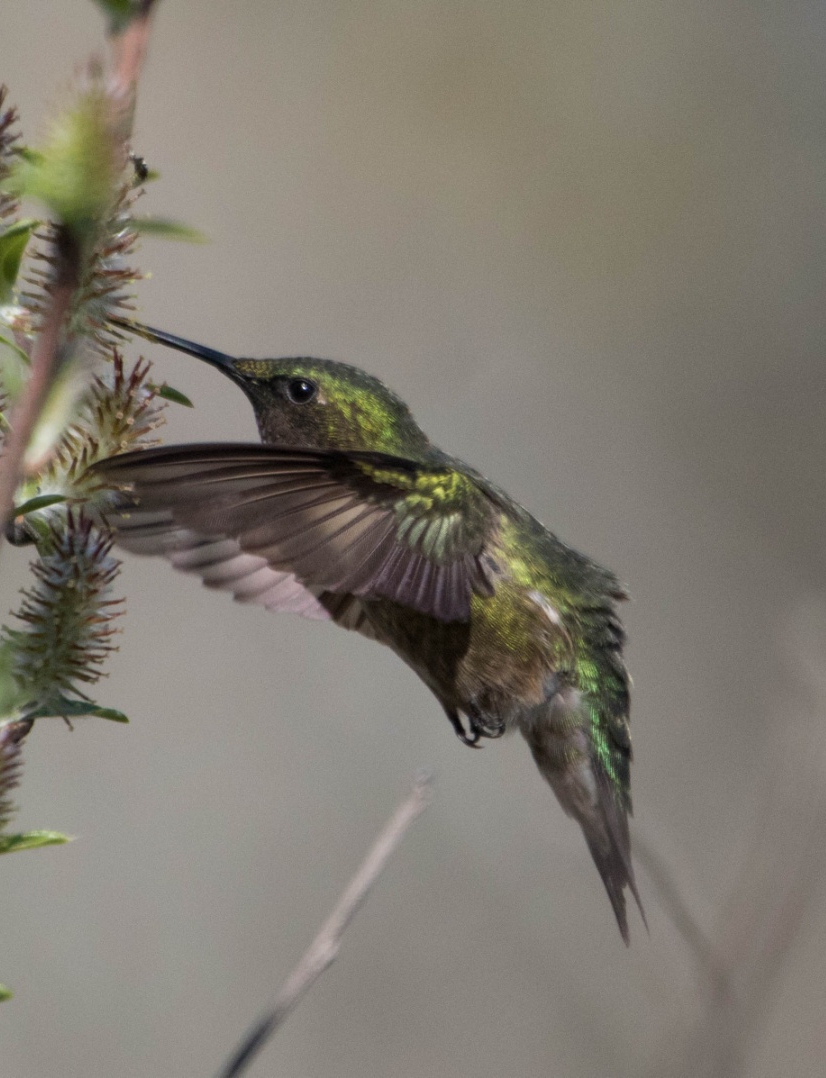 We can also find them perched. But what we do not see is a hummingbird walking or hopping, not even on a perching limb. Their legs are too short. The best they can do shuffle a little on a branch.

This magnified picture might give an idea of how close the feet are to the body.

Nancy Sinatra’s boots may have been made for walkin’, but the hummingbird’s legs were not.