In the middle of June I find myself drawn repeatedly to the patches of Coreopsis now scattered in the fields of Eliza Howell Park.

Coreopsis, also known as Tickseed (a name based on the shape of the seed), is one of the flowers more often called by its Latin name than its English name.*

Coreopsis is a native American wildflower, about 2 feet tall. Each stem has just one flower at the top. The flower has 8 petals, each normally having 4 lobes at the tip.

I am called to the concentrations of coreopsis in two ways. 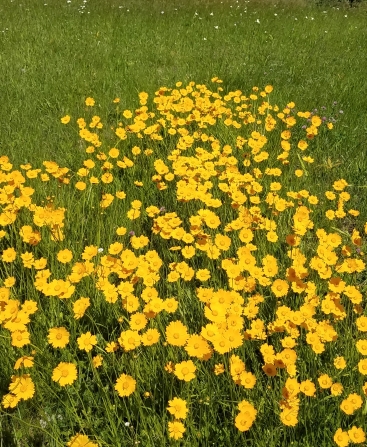 The first is simply to admire and enjoy the flowers. The second is to check out the visiting insects. Coreopsis calls to them also.

On a recent walk, I came across a Black Swallowtail and a Painted Lady. 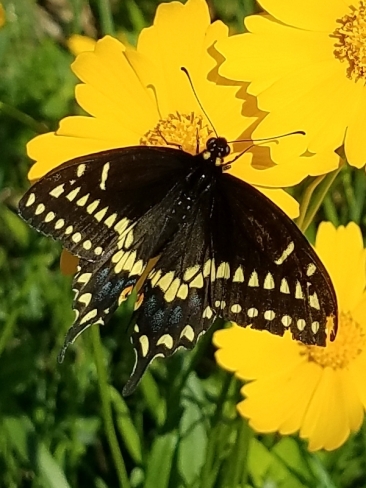 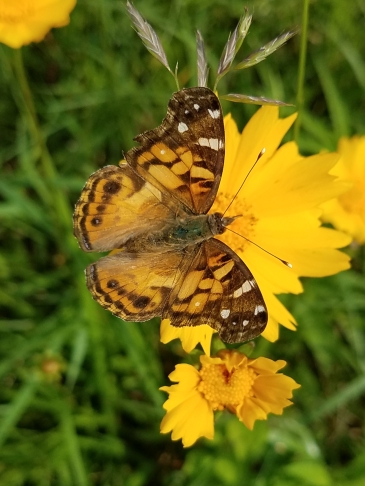 The meadow flowers of the summer provide the best opportunity of the year for insect watching in Eliza Howell and the season starts with Coreopsis. Here are a few I noted in the last couple days.

The weather has been cool for June, but the silent call of the Coreopsis is signaling the beginning of summertime nature walks, featuring blooming meadow wildflowers and a fascinating variety of insects.

* For those interested in the meaning of the name: The Latin word “coreopsis” itself describes the shape of the seed, taken from two Greek words meaning “bug” and “appearance.” Most of us, however, don’t think of the meaning of the Greek root words when we think or say “coreopsis.”