Most of the songbirds that breed in Eliza Howell Park are nesting now and providing great opportunities to learn about bird behavior. Part of my observation is focused on the different role that female and male parents play in nest building, incubation of eggs, and feeding the young. It varies somewhat from species to species.

After returning from time in the park, I often check the published research to expand my knowledge and/or confirm my observations.

Note: All photos were taken by Margaret Weber. Thank you. 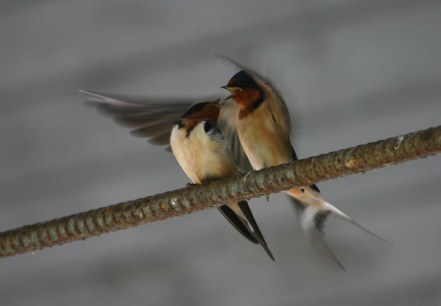 Barn Swallows nest every year under the Fenkell bridge over the Rouge River and sometimes under park shelters in nests that are made of mud and lined with plant material. Female and male Barn Swallows not only look alike, they also share many aspects of breeding.

They both build the nest.

They both incubate the eggs.

They both tend the nestlings. 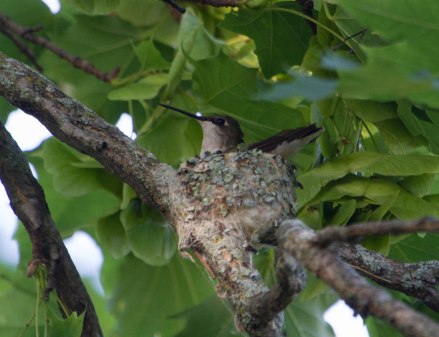 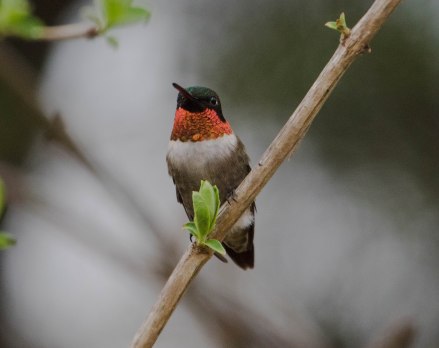 The first picture is of a female on the nest; the second of the male in a perching position that is often taken during nesting season. The two sexes do not have similar roles.

The female alone builds the nest.

The female alone tends the nestlings.

The male is around, often perching (on guard?) on different trees in nesting territory, but does not assist the female. 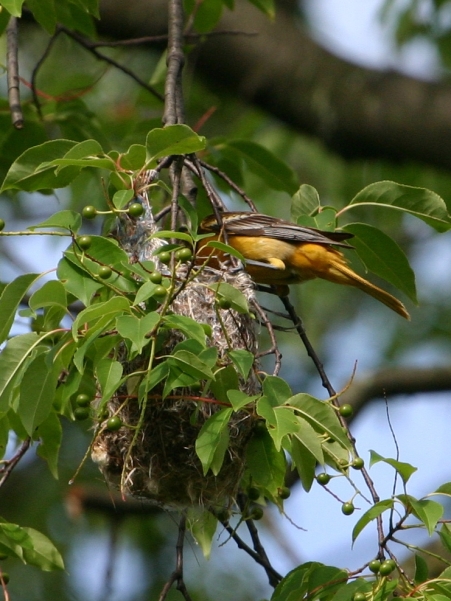 Several Baltimore Oriole hanging nests are made every year in large trees  in Eliza Howell. Based on the time this year’s nests were built, I expect that eggs will hatch very soon and the feeding nestlings phase will begin. The picture is of a female feeding the young.

The female does most of the nest building. I have seen males occasionally bring material for the female to weave.

Both tend the nestlings. 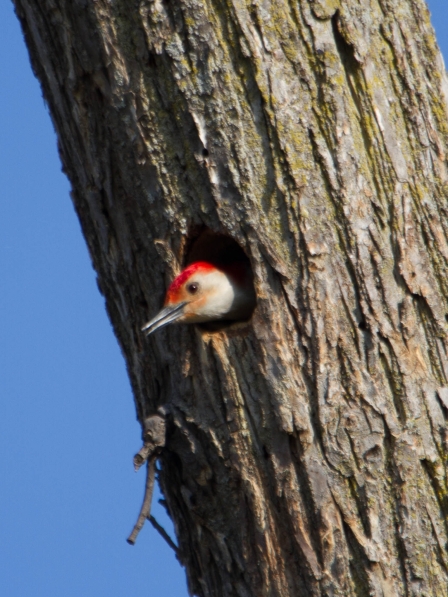 Red-bellied woodpeckers are the most common (at least the most noticeable) woodpeckers in the park, boring new nesting holes in dead trees each year. The picture is of a male during the excavation process, which takes several days.

Both female and male bore the hole, but most of it is done by the male.

Both incubate the eggs.

Both tend the nestlings. 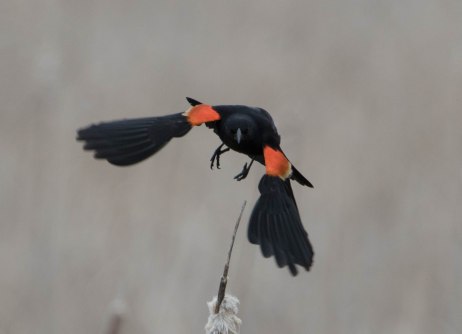 The male Red-winged Blackbird (pictured) is sometimes polygamous and watches over more than one nest in his territory. Many of us have had the experience of the male “yelling” at us and flying in low, often right above/at the head, to chase us away when we get close to a nest or to fledglings.

The female alone builds the nest.

Both female and male tend the nestlings.

By contrast to migration time, when the focus is on identifying the different species as they appear, in nesting time my attention is much more on bird behavior. I find this even more interesting.